“Does the morning gunfire help define the parameters of the Gorilla Highlands? Marcus’ audio on his post was impressive. I hope it all ends with a colourful memory,” Jon messaged me from California last Sunday.

We were truly ending our Congo experience with a bang, unable to leave the country because of an armed conflict. Imagine receiving an early morning phone call starting with “Is your part of the town also under attack?” and having that consequently illustrated with the following video clip:

Imagine experiencing that while looking at a peaceful bay of the most beautiful city of Central and Eastern Africa… Imagine devoting most of that day to walking around the town, hoping a way out of it would not be found too soon… 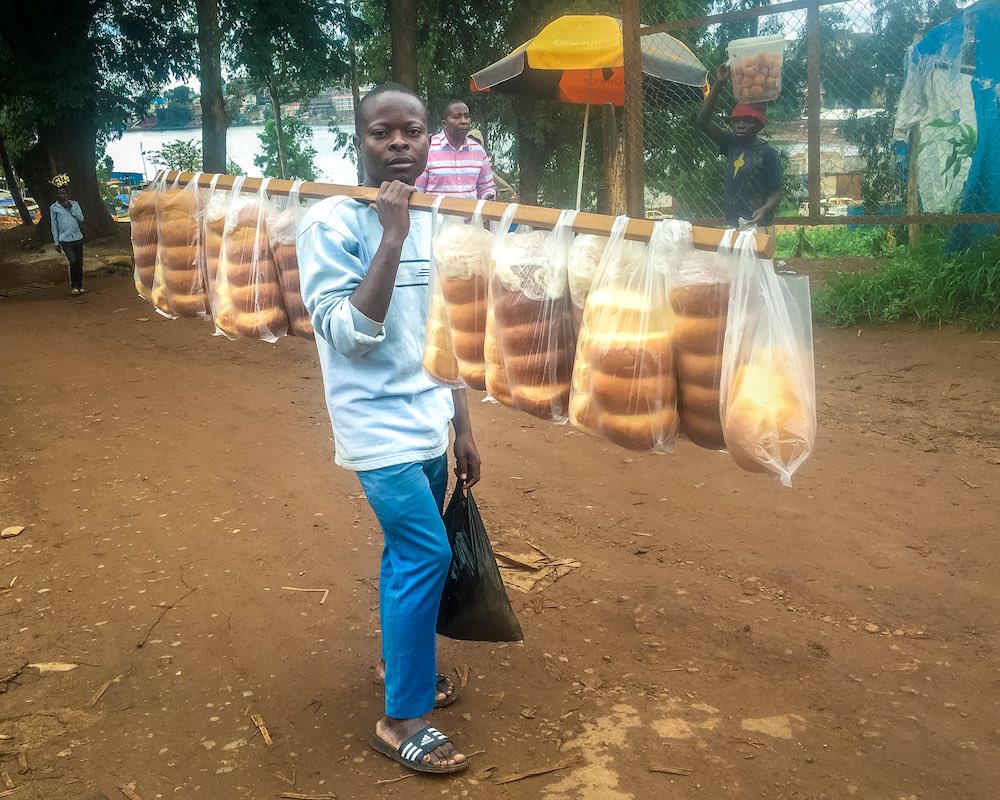 Yes, there is a not in that last sentence. I didn’t want to go back to Rwanda. I was having an affair, a romantic stroll around the many bays of Bukavu, falling in love with the city. It had stayed relaxed and normal, breathing the easy air of Lake Kivu as if there was no problem in this world, let alone on her very outskirts. 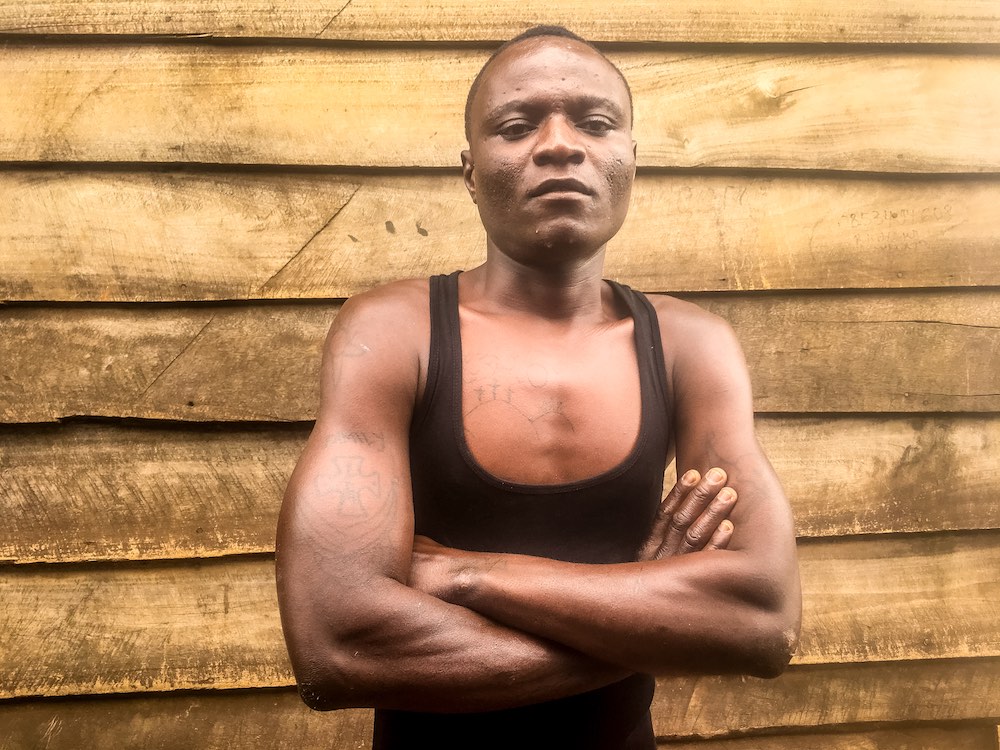 In a country where you could easily be arrested for shooting … photographs, I was an innocent tourist pulling his phone out of his pocket again and again, stunned by how willing people were to have their pictures taken. 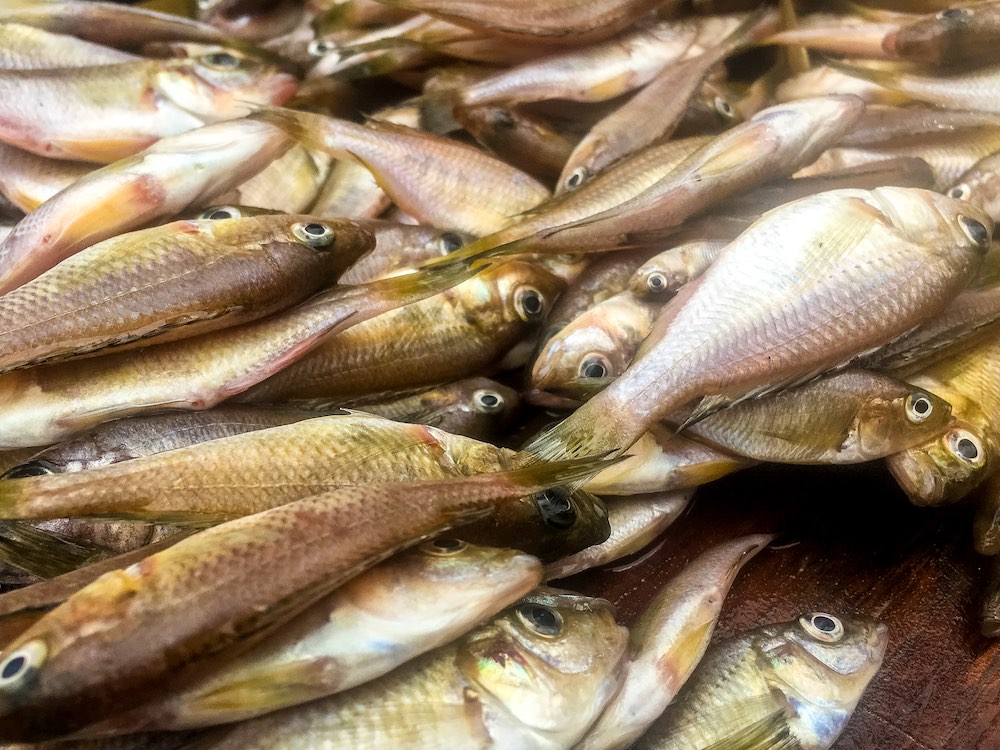 Everyone, that is, but the women who sold little fish on the sidewalk or gracefully carried them on head trays. They wanted to be paid — despite all my charm and cajoling and promises… But I wasn’t a professional photographer looking for a great shot. I was building relationships, friendships to grow when I would return to Bukavu with photos printed, eager to excite my models. Any money exchanging hands would have made that harder. 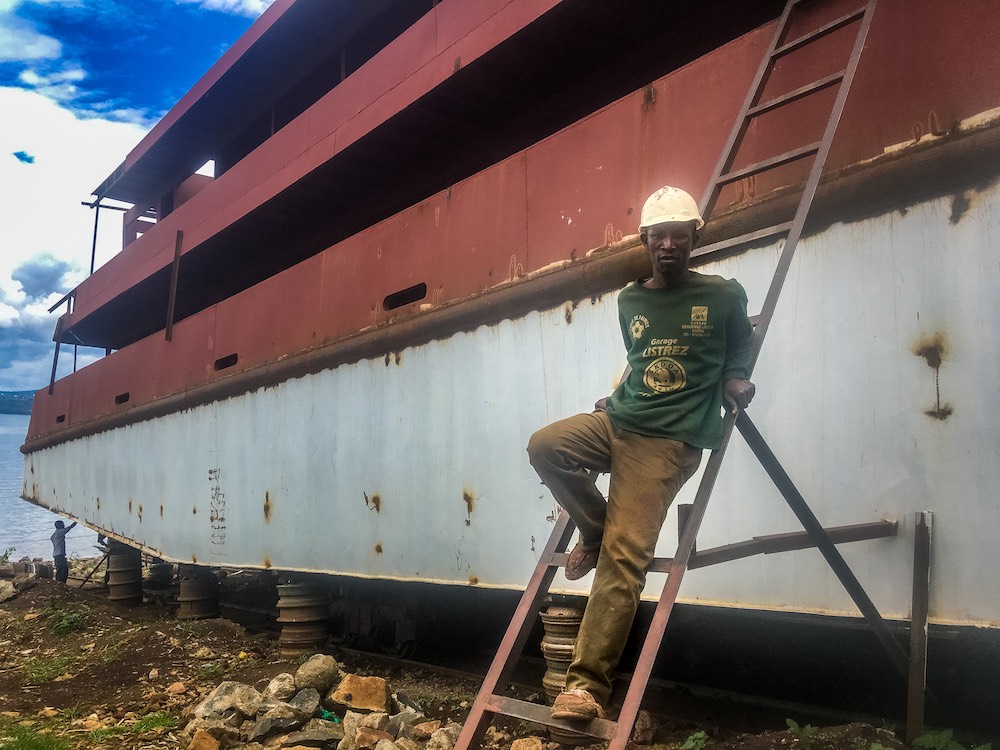 Taken aback by the friendliness of the Congolese, I reached out to Spacey, wanting to know what their reputation in Uganda was. “Oh, we think they have gold, they bleach [their skin] but we know they are honest and nice people,” she confirmed my own instincts and observations. 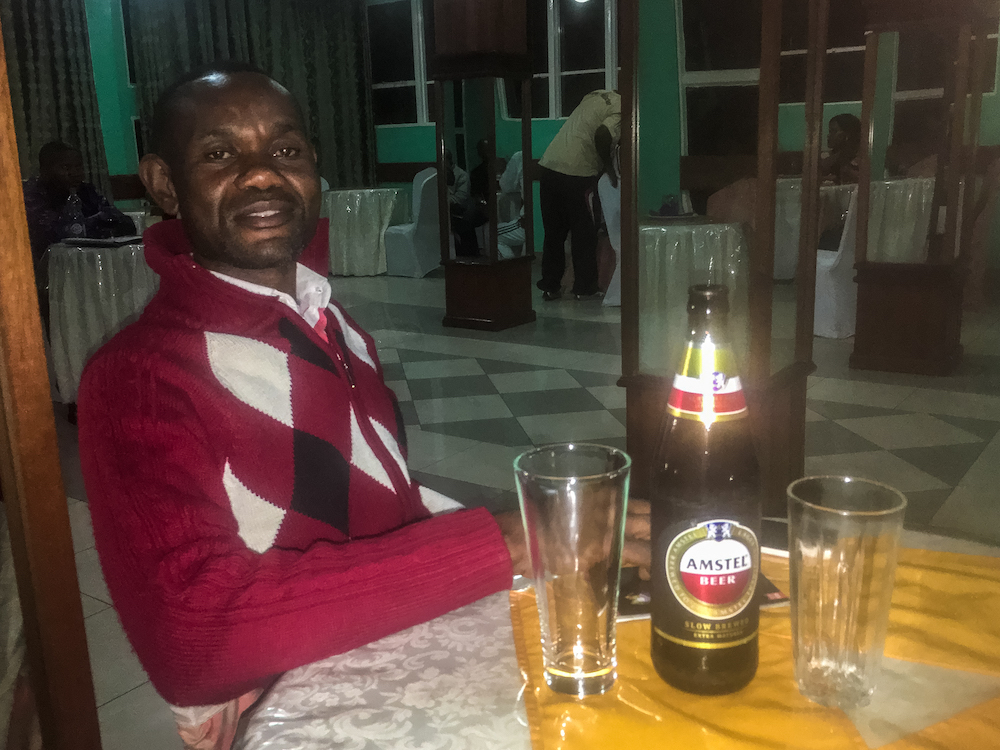 Gold they do have in the rich lands of Eastern Congo… And minerals. Delphine Cizimya, the kind manager of Angel Hotel who invited me for beer, simply said “mining” when I wondered why Bukavu was so proudly, obviously rich. Once you take your eyes away from pot-holed streets, you see tall and colourful buildings rising up everywhere, and they give the already jaw-dropping lakeshore setup the distinctly Bukavu feel. 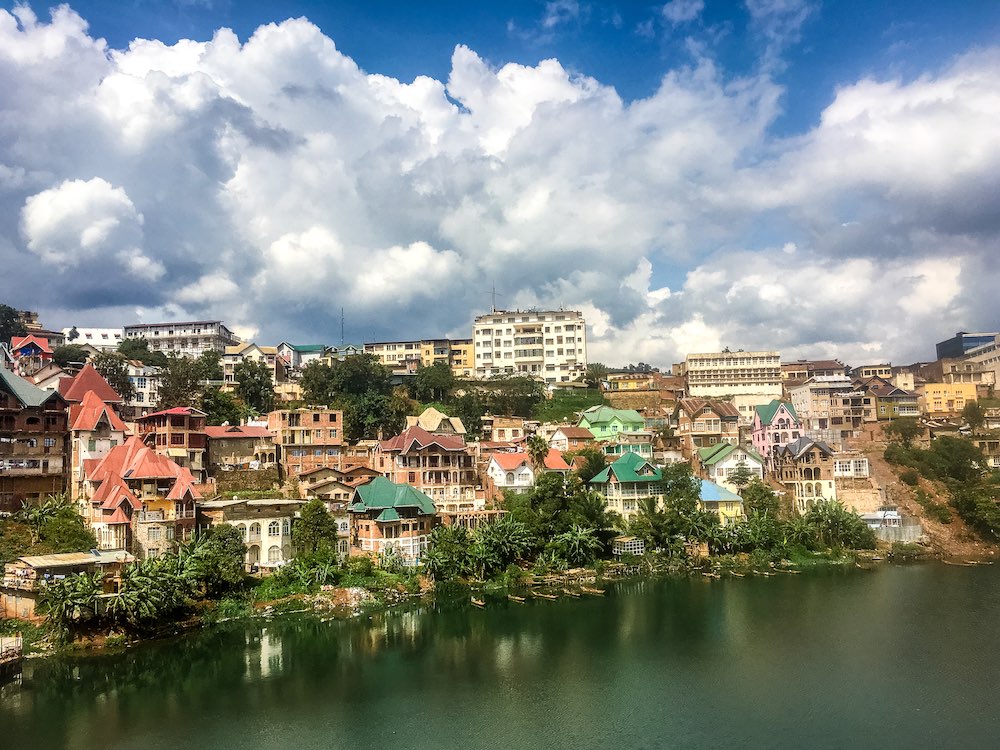 Christian Tembue, the deputy secretary general of Institut Français R. D. Congo – Bukavu, had told me that the city was too expensive and that many people choose to live on the Rwandan side, commuting across the border daily. Rent is cheaper there, plus you get more regular power and water supply.

Tembue was supervising a free Saturday concert, an opportunity for upcoming Bukavu musicians to play on decent instruments and in a cool cinema hall of the French cultural centre. They were jazzy, soulful and fun, and I wouldn’t be surprised to see some of them reaching for the stars. 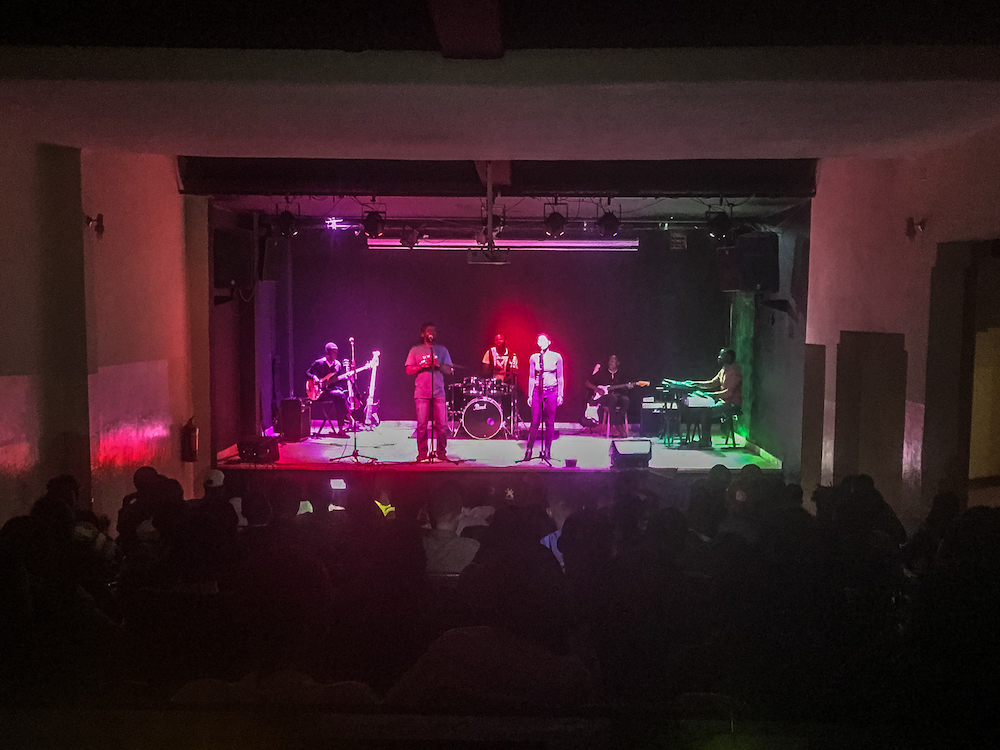 Angel Hotel was across the street, found in no guide book or on any online list, but I gave it a chance due to proximity, and got stylish interiors and stupendous views for 50 dollars. Marcus and his Swedish journalist Karin stayed at a much more famous (and expensive) Orchids Safari Club a couple of peninsulas away. On the edge of the war zone.

On Sunday afternoon I took a motorcycle taxi to visit them, and could indeed listen to the fighting that the rest of the city was soundproofed from. By then, however, it was very clear that it was a localised conflict.

Bukavu was not under attack; Bukavu was on attack. The city authorities were aggressively disarming a former official who eventually surrendered to the Blue Helmets, but not before seven people died and the nearby border went off-limits for 24 hours…

Let’s perform a thought experiment: You are aware that the Los Angeles police are fighting a narco gang in the suburbs — does that stop you from visiting downtown LA?

We had something like that in Eastern Congo last Sunday… And there will be more, and possibly bigger — because of the very same illegal mining Delphine was talking about. That’s the curse of the Democratic Republic of Congo, a land of welcoming people, a captivating city that has no match for thousands of miles, and national parks that are world-class. I’d say: be smart about it, but do pay them a visit, they deserve it. 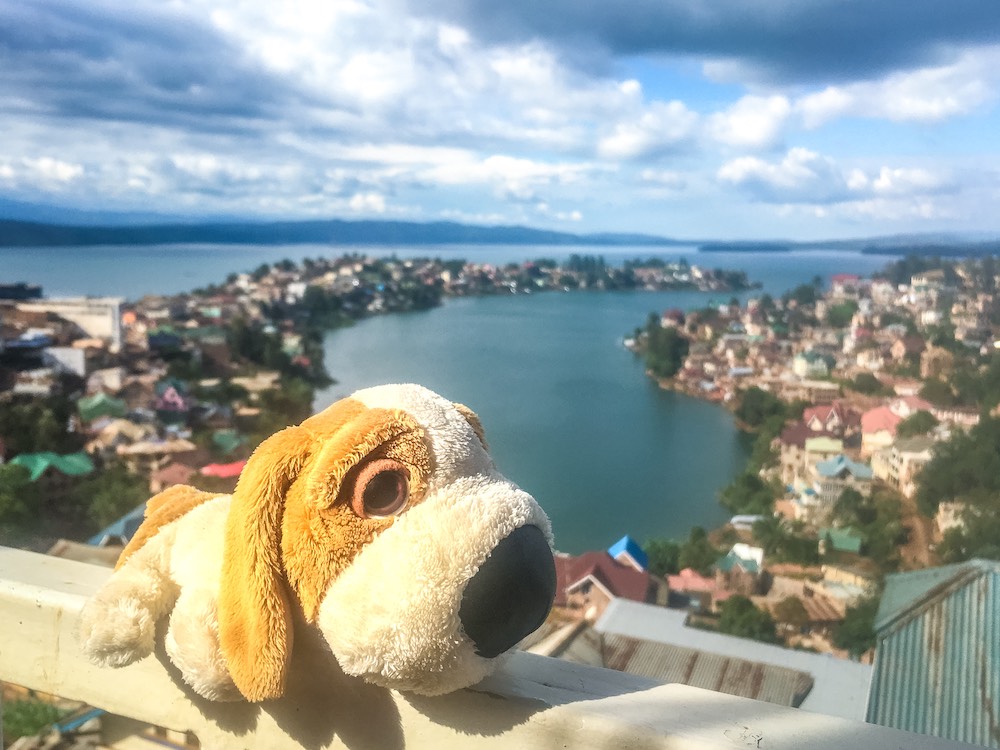 I personally knew what I was getting into, and went despite many people’s advice. I had taken only two unusual precautions: I packed a puppy toy my daughter gifted me as an amulet, and took some extra dollars to be prepared for unplanned extensions of my stay…

When the unexpected additional morning in Bukavu broke, I felt I had done it all, taken all the photos and videos I needed. Then I looked through the window and messaged Marcus an image with a an “Oh f***!” comment. 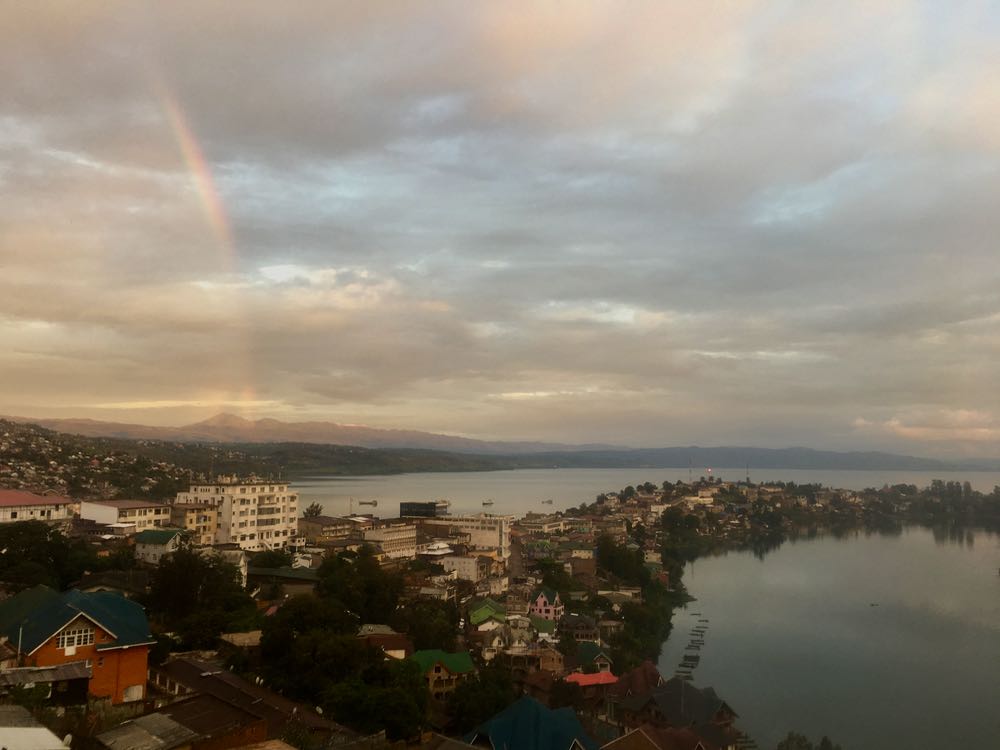 This was just too much. A rainbow extending from Kahuzi-Biega, the national park where I had spent a week recording lowland gorillas, over the city that had just stolen my heart.

Do you believe in signs?